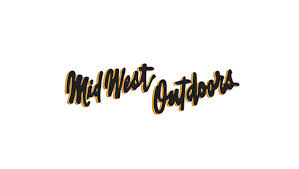 Since 1967, MidWest Outdoors has been dedicated to helping people enjoy the outdoors. What began as a single publication is now an outdoors multi-media company serving fishermen and hunters in the upper Midwest with information on local and regional waters and woods.

MidWest Outdoors also works with outdoors industry companies and organizations in helping them to reach the market place with advertising, video and print production, direct mail, and merchandising campaigns and more.

Each and every issue of MidWest Outdoors magazine includes “how-to” and “where-to” information for enjoying the outdoors. Over 250 writers, each with a particular area of expertise, contribute to what has been called the most interesting, complete and varied magazine in the outdoor industry. No other single publication has more editorial coverage serving the upper Midwest.

MidWest Outdoors is a monthly newsprint-style publication, and is available by subscription or on the newsstand. The main section(s) of the publication includes both editorial and advertising, which is of interest to the entire Midwest. MidWest Outdoors readers in the states of Michigan, Wisconsin, Minnesota, Iowa, Illinois, Indiana, Kentucky, Tennessee, Ohio, and North and South Dakota receive an additional section, which focuses on their local outdoors resources.

MidWest Outdoors Magazine is the Number One outdoors TV show in the Midwest! The popular show airs on over two dozen TV stations, including nationwide on TSC (The Sportsman Channel), which recently awarded MidWest Outdoors the coveted Sportsman Award for “Best Combination Fishing and Hunting Show” as voted on by viewers across the U.S.

MidWest Outdoors TV airs 52 weeks a year in most markets. Because each episode containing at least three segments and a Tip-of-the-Week, MidWest Outdoors is fast-paced and highly informative. The show is fresh and timely with segments filmed on-location, and has won several awards for outstanding outdoors programming.

Fishing Facts magazine is the first publication in America dedicated to teaching people how to fish. Founded by fishing Hall-of-Fame legend Bill Binkelman in 1963, Fishing Facts offers editorial on how to improve your fishing for the various species of (primarily freshwater) fish found in North America.

A bimonthly publication (six times annually), Fishing Facts’ format is educational, offering tips and tactics from top pros. Fishing Facts is available by subscription or on the newsstand.