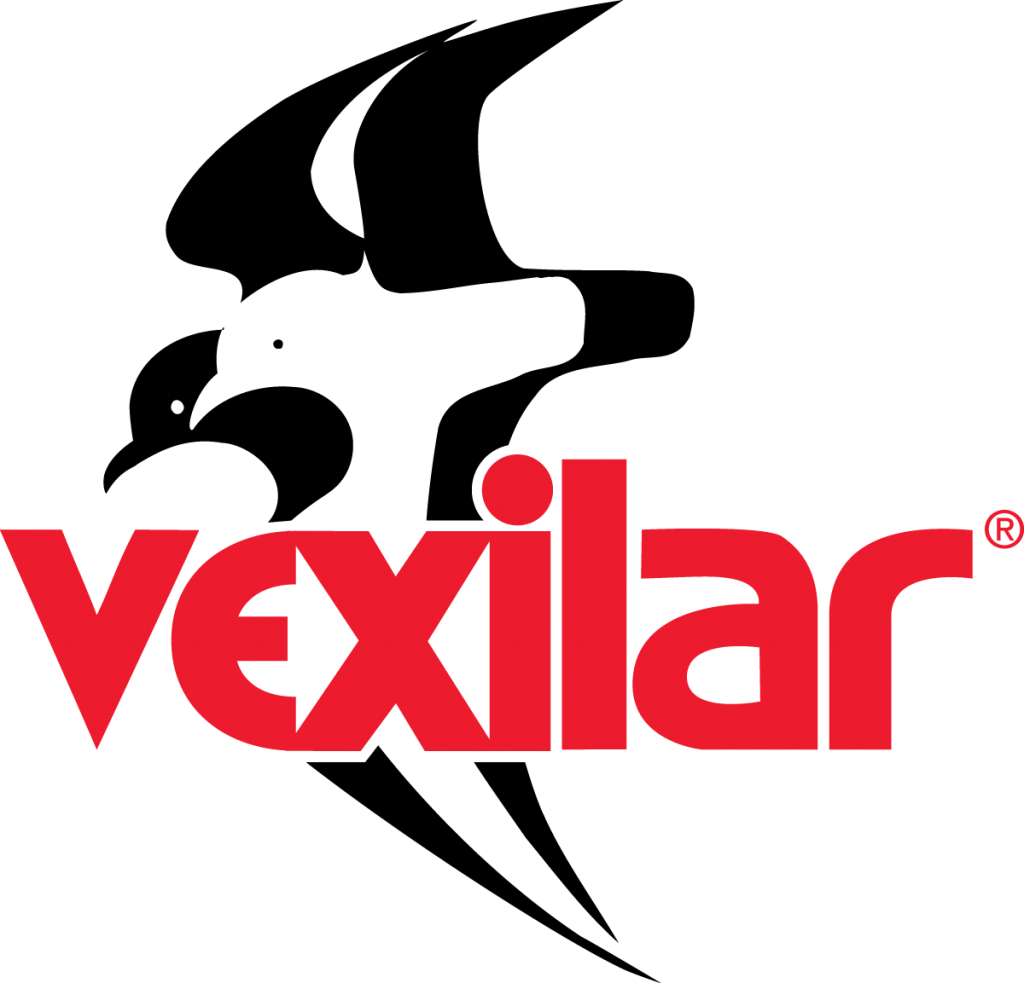 Vexilar has been in the marine business since 1960. We have always been a small company with good hard working employees. Our goal has simply been to offer the sportsman innovative and quality products at affordable prices.

Our first product was a small clear tube that, when lowered under the surface of the water, gave the depth that it was lowered to. It also gave the temperature of the water at that depth. The product was the model 104 Deptherm and it is still in our product line today, over 50+ years later.

In the years that followed Vexilar introduced many “firsts” for the sport fishing market. In the late 1960′s, when neon flashers were the latest in fishing electronics, Vexilar introduced the model 120 S.O.S. This was the first unit to provide an audible alarm. No longer did the fisherman need to look at the screen to see if he was running into shallower water or if he was going over fish. Now, an alarm would sound to let you know.

Vexilar was also very popular in the sport fishing paper graphs. In the late sixties and early seventies we had some of the best units on the market, including the models 155 and 555. Many of these are still in use today. And we still provide paper, parts, and service for them.

In 1981 we introduced the first Liquid Crystal Display (LCD) depth finder with the model 480. This unit was the first in the LCD graph market that we see today. It had 128 x 64 resolution and a very good sonar behind it. The models 481 and 482 followed with the additions of on-screen speed and temp as well as dual frequency transmitters.

Then came the flood of LCRs and LCGs from the competition that spelled trouble for us. As a small company we could not compete with the “big guys”. Ironically, the technology that we introduced brought us to the brink of extinction. That is when our current president and his partner stepped in and took over. No, Skip Christman and Steve Baumann were not industry heavy hitters. They were Vexilar employees who knew what the company could yet offer.

Not long after came the first LCD display Digital Fish Scale. Known throughout North America as the Normark Weigh-In Scale, this type of scale made it easy to accurately weigh smaller fish, such as pan fish. Catch and Release also became much easier to do now that you could get a photo of the fish with its weight on the scale.

In 1989 Vexilar got back into the depth finder market with the reintroduction of the FL-8 color flasher. This unit had been sold under several names in the past and was popular with some serious fisherman, especially with ice fisherman. We surrounded it with important accessories such as small high quality rechargeable battery and charger, a battery status Indicator, and a unique carrying case. These parts made it easy to use the FL-8 for ice fishing. More and more people were now showing up on the lakes with a Vexilar.

Then came the LC-8, a high quality compact LCD graph, followed by LPS-1, a hand held digital depth finder used from above or below the surface of the water. These were Vexilar’s first attempt at re-entering the LCD market for open water fishing. The LC-8 packed big performance in a small package, and the LPS-1 brought ultra portable depth reading capability to even lightest traveling of anglers.

With the popularity of Vexilar FL-8 flashers increasing each year, a real problem started to develop in that there were so many Vexilar flashers used for ice fishing that cross-talk interference became a major issue. This is a condition in which one sonar unit receives signal from another nearby unit. It causes erratic flashing and circular strobing on the display of both sonar units. So in response, the FL-8SLT was introduced in 1995. The SLT stood for SiLenT. This was the first sonar to include a true interference rejection system. This was a revolutionary interference canceling circuit which effectively knocked out the problematic signals in both units, even if one of the two was an older FL-8 without the new IR feature.

In conjunction with the FL-8SLT, Vexilar introduced a revolutionary ice fishing transducer. The Ice-Ducer was specially designed for the sport to free the angler from the clumsy adjustable arm mechanisms so common of the day. The Ice-Ducer worked off a simple plumb-bob effect to maintain a near perfect vertical position (required to “see” ones bait while fishing) all the time. However, achieving this design was more difficult than one might think. The challenges of cold weather performance and durability were difficult to overcome. But the Ice-Ducer forever changed the way ice fishing transducers were constructed and have been standard equipment ever since.

Shortly after, Vexilar improved upon the LC-8 with the introduction of the LC-10. This unit utilized the very low power requirements of the LC-8 by coupling a simplified control set with a very compact portable carrying case. Dubbed the Boundary Waters edition, it became popular for serious “expedition anglers” whom had great concern for size and weight. The Boundary Waters system weighed less than 2-1/2 pounds and ran for 60 hours in one set of AA batteries.

Also added to the selection of LCD graph units for the open water was the first ever dual frequency AND dual transducer sonar on the market. The Edge2 amazed even the most demanding anglers with it’s ability to locate and pinpoint structure points and fish. By allowing the user to directly compare a very wide transducer cone and a very narrow one on the screen at the same time, it became possible to position the fishing boat much more precisely, and thus increase fishing success considerably. The Edge3 is the latest revision of this amazing unit that you simply must see for yourself.

Advancements in flasher sonar technology developed by Vexilar in 2001 was the foundation for the times most advanced three-color flasher/fish finder in the world, the FL-18. This breakthrough product delivered target ID of under 1/2 inch, and was the worlds first split-screen zoom flasher sonar. This advancement increased Vexilars dominance among winter fishermen who love using sonar for ice fishing. With a faster, much brighter display and an enhanced interference rejection system, the FL-18 instantly became the “Cadillac” of ice fishing sonar systems.

Vexilar also pioneered the concept of pre-packed systems for the winter angler and developed what is called the “Pack” systems that consists of a self contained 12 volt battery, and Vexilars Patented Ice-Ducer transducer in a handy carrying case for ice fishermen. Vexilar offered a number of different pack styles to meet the needs and budgets of all types of fishermen. From a basic entry level pack, to a full system for the pros with all the bells and whistles, Vexilar continues to offer a range of systems.

In 2002 the FL-8SLT was upgraded to the FL-8SE (Special Edition). This unit brought the enhanced display and interference rejection to Vexilar best selling product, yet maintaining the more affordable price. This unit remains a popular choice for entry level ice fishing enthusiasts and hard core tournament anglers alike.

In 2004, Vexilar moved to our new manufacturing and warehouse facility, doubling our size, to handle the ever increasing need for Vexilar products. Again, we were the pioneer in sonar technology with the creation of the AlumaDucer. A Patented design for 200 kHz transducers to shoot through aluminum hulls. This totally unique transducer used with the special blend of acoustically conductive epoxy will help us to continue to lead the marine industry with innovation.

In 2006 Vexilar released the Edge3. This unit brought a full color display and a much improved feature set to the popular Edge2. Pinpointing structure and fish targets became even easier.

2006 saw theintroduction of theFL-12 and the FL-20. With the advancements in LED technology, it has finally become possible to redesign the flasher’s casing and eliminate the built-in sun shield that was required for so long. The new flat screen casing sports a larger size display and brighter LEDs than ever before. Freed from the narrow viewing angle of the classic series FL units, the FL-12 and FL-20 allows visibility from wide angles and further distances, making it even more of a joy to use both on the ice and in the boat.

In 2009, Vexilar shocked the sonar world by developing the world’s first transducer with three beam angles from onetransducer. It iscalled the Tri-Beam Ice-Ducer and offers an 8degree, 12 degree anda 20 degree viewing cone angle option with the simple flip of a switch. Vexilar has always had the widest selection of transducer options for anglers to maximize their performance and with the Tri-Beam , theangler has much more flexiblity to fish shallow or deep with just one transducer to do it all. All Vexilar transducers are totally interchangeablewith older units, so anglers can upgrade at any time.

2010 saw the introduction of the FL22 HD, the world’s first winter flasher system designed specificallyfor shallow water use and offering a high defination flat screen display that enhanced an already high resolution display to something many would have never thought possiblefrom a sonar system.

2010 also saw Vexilar introducing their first line of underwater camera systems called the Fish Scout.For the first time underwater camera users were able to fish for nearly 10 hours on a single battery charge with this color/black and white camera system. To complement the sonar/camera technology in 2011 Vexilar introduced the Double Vision sonar/camera systemsinto one easy to carry system. Now anglers were able to easily and quickly shift from camera to sonar modeor use both at the same time.

Innovative, quality, and affordable products. A tradition started almost a half of a century ago still holds true today. It is easy to see why many owner’s of Vexilar products would not go fishing without their Vexilar.